The Affair of the Hotel Martinez 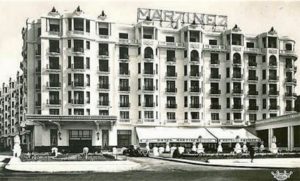 In the turmoil of charges and retributions suffered after the Liberation, the great Hotel Martinez on the Croisette in Cannes stands, in its Art Deco splendour, as both victim and accuser. With its grand entrance hall supported by columns, its reception rooms fanning out from the centre, its 500 luxurious suites and bedrooms with furnishings from the London firm of Waring and Gillow, in 1929 it became the third, and most luxurious, of the three palaces of the Croisette (the others being the Carlton and the Majestic) and much favoured by the Beau Monde. But for several decades after the Liberation of 1944 for those in the know, the Martinez was not the place at which to be seen – ‘one did not go there’.

Emmanuel Martinez, from an old Spanish family, was born in Palermo in 1882. His father was Baron GiuseppeMartinez. Having learned the trade in London and Paris, Emmanuel Martinez was put in charge of several large hotels before moving to the south and becoming general manager of the Carlton at Cannes and then five palaces in Nice. Based on his now vast experience, he was commissioned by a group of financiers to build another great palace in Cannes which would bear his name. In 1929 the Hotel Martinez opened its doors. However, in spite of its luxury, during the 1920s the hotel began to run into financial difficulties, problems which were soon made worse by the stock market crash and the subsequent depression which affected all the hotels along the Riviera and elsewhere. Even the increasing numbers of guests as the 1930s wore on did not improve the situation.

Desperate for funds, Martinez made a disastrous arrangement. Through his accountant, Marius Bertagna, he was introduced to a Russian called Michel Szkolnikoff, a high-profile collaborator. Szkolnikoff, who wished to buy the Martinez, had been given a German passport and allowed free passage throughout the country, selling textiles and other goods to the Germans and acquiring real estate in the large towns of France both for the Germans and himself. Through this, and a thriving black market operation, he added to his riches. Marius Bertagna was, unknown to Martinez, also administrator of one of Szkolnikoff’s companies in Monaco. There was much sleight of hand and exchanging of documents but no money actually changed hands and no shares were sold. Upon the Liberation Szkolnikoff fled to Spain wher he would die during a kidnapping attempt.

Marius Bertagna then denounced Martinez, stating the latter had sold the hotel to Szkolnikoff. The French state did not hesitate. They confiscated the hotel immediately, proclaiming Martinez a criminal collaborator and  announcing he had sold his personal shares to Szkolnikoff. The hotel was put into the hands of the Administration des Domains, an organisation which managed state-owned real estate. Marius Bertagna was put in charge of the running of the hotel.

During the Second World War the hotel had been occupied by refugees from the border with Italy, the Italian Army and, from November 1942, the German Army. Upon the liberation of the south the American Army moved in and there was much celebrating.

In 1941 the Canadian Resistant Tom Kenny from Marseilles had married Suzanne Martinez, the pretty young daughter of Emmanuel Martinez. Martinez had no children with his wife and Suzanne, who he always recognised, was a love child, who had been adopted by Emmanuel’s rich lover Emma Digard, who became Suzanne’s ‘step-mother’. At this time the Resistance group Phatrie would meet in the hotel in a rather relaxed manner. André Manuel, attached to de Gaulles’s Bureau Central de Renseignements et d’Action, visited these groups at the hotel on several occasions and felt that ‘everyone would have known we were Resistants’.

Traced to Cannes through his links with the escape lines in Marseilles, in 1941 Tom Kenny was arrested on the terrace of the hotel but eventually released with little evidence against him and reunited with Suzanne. They settled into suite 305, where Tom began making contact with local Resistants.

When in November 1942 the German Army took over the south of France, it became vital for many to escape. Tom Kenny joined those who left swiftly. In February 1943 Suzanne carrying their two-month old baby, Patrick, undertook her own treacherous journey over the freezing Pyrenees in the footsteps of her husband. All three Kennys were reunited in England. Tom would join the RAF and work in RAF intelligence for the duration of the war. In 1943 he was awarded the George Medal, for acts of bravery.

In the face of repeated death threats in France after the Liberation, Martinez escaped first to Italy and then to England, to live with his daughter and Tom Kenny. He would not be allowed to enter his hotel again. In December 1944, in his absence, he was sentenced to 20 years in prison as a collaborator. But in 1949, hearing testimony from around 30 Resistants, Allied personnel and the Jews Martinez had hidden or helped to escape, the High Court in Lyon acquitted him of all charges of collaboration and restored his good name. This didn’t help him at all, for there were those in Cannes whom it suited to perpetuate the slander. As the courts were unable to establish who actually owned the hotel at the Liberation, they were powerless to restore the business to its creator. In 1945 the state then deemed Martinez liable, as Szkolnikoff was missing, to pay a total fine of almost four billion francs an impossible sum to raise. It continued to accuse Martinez of having, by selling shares in the hotel, done business with one of the worst collaborators of the war.

Martinez always maintained his innocence, affirming he had not sold to Szkolnikoff. But having lost everything, he returned to Italy where he died, ruined, in Genoa in 1973 aged 91. A year later, in 1974, the Cour de cassation, the High Court of France, upheld his plea and ruled that Martinez had never sold his hotel during the war. But Emmanuel Martinez would never know he had been vindicated. The hotel, now unpopular as a result of the rumours which surrounded it, was run in a desultory fashion by Les Domaines until the early 1980s, when it was sold at a fraction of its value to the Taittinger family who upgraded the building to become, once more, one of the most important hotels on the Riviera. It is now owned by the Hyatt group and has been completely refurbished. 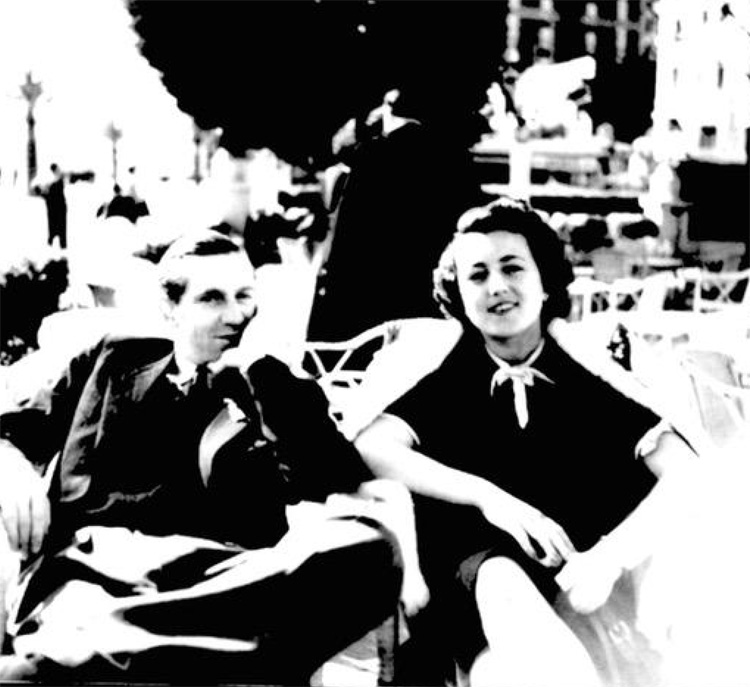 From the end of the war to the present day, the Martinez family have striven to regain control of the hotel and to gain compensation for the supposed inefficiency of Les Domaines. Suzanne Martinez, a vivacious lady in her late 90s now wants, as much as anything else, to see her father’s good name and the honour of the Martinez family to be restored. She feels if the portrait of Emmanuel Martinez, the creator of this great hotel, was once again displayed in the hall of his creation, that would be one of the greatest rewards of all.

The case still continues in the courts of France and Monaco.

© Copyright: Maureen Emerson 2020
From: Riviera Dreaming – Love and War on the Côte d’Azur