To my friends in the USA
Amazon.com has released ‘Riviera Dreaming – the Côte d’Azur in Love and War’ into the wide expanse of America. The biography includes a social history of ‘the era of the Americans’ on the French Riviera in the 1920s and 1930s. Country Life magazine calls the book a ‘sparkling survey … an effervescent cocktail of a read’. If you do read it, I hope you will enjoy it.

The Publisher I B Tauris Takeover
I B Tauris has been taken over by Bloomsbury Publishing.
‘Riviera Dreaming’ is to be part of
their ‘special interest’ section.
Click here to visit!

Reviews for: Riviera Dreaming – Love and War on the Côte d’Azur
The Tatler:
This wonderful summer read documents the heady thrills of their [expatriate] lifetime.
Country Life:
Maureen Emerson’s slim but sparkling survey of those giddy years is an effervescent cocktail of a read …
The Daily Mail:
Book of the Week
The Lady:
This vibrant book casts fresh light on the history of the French Riviera. Descriptive, witty and often shocking
French Property News:
This book is a compelling and fascinating account of the glamorous life on the Côte d’Azur in the 1930s
The Good Life France:
This well-researched book, filled with fabulous anecdotes
The Riviera Woman:
Riviera Dreaming tells the dazzling story of the lives, loves and adventures that played out behind the walls of glamorous houses and provides an unparalleled portrait of life on the Côte d‘Azur at the height of the Jazz Age
Complete France magazine:
Four books as prizes
Perfectly Provence:
This book is a must-read for anyone who loves the Côte d’Azur, is curious about history and loves architecture

DETAILED REVIEWS CAN BE FOUND FURTHER DOWN THE PAGE

‘Riviera Dreaming – Love and War on the Côte d’Azur’ 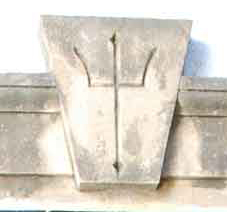 The Jazz Age of the 1920s was a unique period, a time of frenetic gaiety and hedonism which would gradually drift into the more sober 1930s. But was into the excitement of the early 1920s that Barry Dierks, a young architect from Philadelphia, found his way to Paris to study at the Ecole des Beaux Art.

From there he discovered the South of France and would become the ‘American architect of the Riviera’, building or remodeling around seventy elegant houses on the coast with his partner and landscape designer the Englishman Eric Sawyer. Riviera Dreaming tells the true stories of some of those fascinating clients who lived and loved in Barry’s houses.

When everything changed with the German occupation and the founding of Vichy France in 1940 and almost all their friends and clients fled, Barry and Eric stayed on, and showed their  courage in their ensuing adventures.

Photo Album showing some of the villas and personalities

The story tells of the life of Barry, his partner in business and life, the Englishman Colonel Eric Sawyer, and their wonderful villas and gardens. Above all, it describes the intimate lives of some of those fascinating people American, British and French, who had the privilege of commissioning and living in these villas. In 1940, as virtually all the expatriates in the south fled France, Barry and Eric stayed on and their charmed lives changed dramatically.

Cuckfield Life Magazine  – September 2018
Contains a nice article about Maureen at home in Sussex and her book Riviera Dreaming. Click here to view the full article.

The Lady – July 2018
Click here to read the full review in the magazine.

Keith Simpson MP Summer Reading List – July 2018
Maureen Everson has lived on the French Riviera and has loved the development of new houses and estates from the 1920s and how it became a popular area for the fashionable to live and love.  Riviera Dreaming Love and War on the Cote d’Azur (TB Tauris) is a work of nostalgia overtaken by mass development after the 1960.

Complete France Magazine – June 2018
Ever wanted to know the stories behind some of the most famous houses on the Côte d’Azur? This book narrates how American architect Barry Dierks built the famous Le Trident villa for himself and his partner Eric Sawyer. He went on to become one of the Riviera’s most sought-after architects and built many of the area’s most celebrated houses. This book is a compelling and fascinating account of the glamourous life on the Côte d’Azur in the 1930s.
Riviera Dreaming, Maureen Emerson, I.B.Tauris Publishers.

A R Merton – June 2018
This book is the story of the clientele of my joint godfathers, who created amazing houses for the rich and famous in the South of France between the wars. Barry Dierks was a dazzlingly brilliant American architect. His lifelong partner, Col Eric Sawyer, handled the business and the landscaping. Their clientele included many of the celebrities of their day, starting with Somerset Maugham. The first part of the book tells fascinating stories of some of their clients. The second part shows WW2 turning everything upside down in their paradise. The research is meticulous and the stories are larger than life. It is a must-read for anyone interested in architecture, the South of France and the transience of even such a seemingly idyllic lifestyle.

Hugo Vickers – June 2018
“A compelling account of life on the French Riviera from 1920 onwards, Riviera Dreaming charts the work of renowned architect of the Art Deco era, Barry Dierks. This well-written book is packed with history and glamorous insider stories of the rich and famous, contrasted with the hardships of local residents living under German occupation during WWII. Meticulously researched by long-term resident Maureen Emerson it makes a riveting read; perfect summer holiday reading. Bet you wont be able to put it down.” – Mary S Lovell, (The Mitford Girls), “Through the work of Barry Dierks and Eric Sawyer, as architect and gardener, Maureen Emerson has created a fascinating account of the South of France in times of glorious peace and hideous war, telling the stories of those who made their homes there. She evokes a particular generation in this wonderful book.” – Hugo Vickers

‘Perfume from Provence’ – June 2018
Maureen Emerson deserves high praise for this well researched and well written book about life on the French Riviera from the 1920’s. It describes the glittering lifestyle enjoyed by the rich and famous occupying their beautiful villas designed by ‘Those Two Charmers’ Barry Dierks and Eric Sawyer between the wars. This book will appeal to anyone with an interest in France, history, the second world war, architecture and life in general. As a former resident of Provence for over 20 years and a French speaker, Maureen Emerson knows her subject! www.perfumefromprovence.com

Riviera Insider – April 2018
What do the landmark villas Le Trident, Château de l’Horizon and Villa Aujourd’hui have in common? American architect Barry Dierks. One of the most notable architects of the Côte d’Azur, Mr Dierks is credited with building or remodelling 120 homes between the 1930s and 1950s.

In a new biography about the architect, Riviera Dreaming: Love and War on the Côte d’Azur, Maureen Emerson describes the life and love of Barry Dierks and his lifelong partner, Eric Sawyer, who lived life to the fullest during the heyday of the region’s Art Deco period. Barry Dierks defined the Côte d’Azur lifestyle we know and love today, but it wasn’t just his buildings that revolutionised the region — it was his concept of outdoor living and joie de vivre. At a time when the French Riviera closed down for the summer, Barry Dierks introduced open terraces, garden parties and private pools.

It is through their personal villa, Le Trident, that Maureen weaves the stories of this charming couple, from the excess of the Roaring Twenties to the stark danger of Nazi-occupied France. “Le Trident is pivotal to the entire story,” says Maureen. Split into two parts — love and war — the latter deals with the lead-up to World War II. In 1940, with Hitler rapidly advancing, most expats fled the area, but Dierks and Sawyer stayed on, working closely with the Resistance, volunteering with the Red Cross, and assisting the Scottish Tea Shop in La Turbie, which helped smuggle people to freedom.

Nearly a decade of research went into the book, which Maureen’s describes as having been ‘enthralling to write’. She was a resident of Valbonne for 22 years before returning to England, and admits that before discovering this quintessential figure, she had never heard of Barry Dierks. “I found, over time, there was a very great deal to discover.”

Her book launched on 14th April at the English Book Centre in Valbonne. They hosted a reception for Maureen, where she showed archive photographs of the couple and signed copies of the book. Maureen is also the author of Escape to Provence, a biography of Elisabeth Parrish Starr and Winifred Fortescue, and their life as expats in the hills of Provence (2008).

‘It’s a heavenly spot. Do say you approve,’ he implored his mother by letter.

Eric had been stationed in France as a colonel in the British Army and was drawn to the country, staying on long after the war had ended. It was in Paris, in 1921, that he met his lover Barry Dierks, an American architect, and six years later they moved together to the Côte d’Azur.

Now a brilliant book, Riviera Dreaming: Love and War on the Côte d’Azur, by Maureen Emerson, is out this summer, revealing the lives of these two fascinating men who would, over the years, build many of the most iconic villas on this famous coastline and mix with the brightest and best literary minds of the era, as well as royals and industrialists alike.

First, they were to build their own sumptuous home on the plot, carved into the cliff. Le Trident was a blend of modern, Mediterranean, Moorish and classical styles that showcased Barry’s architectural talents, while Eric acted as manager, surveyor and landscape designer. It was completed in 1927 and from it came their first contract: to build a place nearby for the author Somerset Maugham.

Over the years they built houses with views out over the Mediterranean for actors and aristocracy, for artists, opera sopranos and politicians, including Manoir Eden Roc for the Marquess of Cholmondeley and the spectacular Château de l’Horizon for the American actress Maxine Elliott. Life was starry: they dined with Prince George, son of King George V, attended beach parties with Hemingway, Valentino and the Picassos and rubbed shoulders with Wallis Simpson years before she took up with Edward VIII.

They were stoic through the darkness of war in the Forties and lived a rich and happy life on the Riviera – Eric until he was 96. Barry died in 1960, aged 61. This wonderful summer read documents the heady thrills of their lifetime.

Perfectly Provence – September 2019
This book is a must-read for anyone who loves the Côte d’Azur, is curious about history and loves architecture. Link.